The Steadies aren't invited to the party---they ARE the party. This high-energy four-piece Canadian power band mixes pop-rock with world-beat, funk, and reggae, creating a sound they've dubbed 'island-rock.' Based in Saskatoon, the group performs over one hundred festivals and clubs internationally every year and has the unique ability to appeal to diverse audiences of all ages, genders, races, and genres. As much as they’re a band on the rise, The Steadies also have an abundance of experience and pedigree. Frontman Earl Pereira – a 3-Time Juno Award nominee and 9-Time WCMA winner – first broke through in the Canadian music scene with the rock group, Wide Mouth Mason, and opened for music icons The Rolling Stones, The Roots, and The Tragically Hip. Talented drummer/studio engineer Kurtis Schultz mixes The Steadies’ world-class recordings. Guitar virtuoso Jesse James Clark joined the group in September 2018, which sent the newly-formed trio overseas for their first European tour across Italy, Austria, and Germany. By the end of the year, The Steadies had received a wave of the international press, including features on TMZ, Hollywood.com. Stuff New Zealand, CBC, and Metro UK after a video went viral of Riverdale star KJ Apa (who portrays the iconic Archie), jamming with the band at their show in Vancouver. The band followed through on this momentum with the band’s third album, 2019’s “Tiro De Leone”. The Steadies have continued touring and recording, even at the height of the worldwide pandemic, which culminated with the group signing to Canada’s Bristol Records with worldwide distribution by SONY/The Orchard via Copperline. With new band member Chris Valleau bringing a new level of funk and rock to the band's mix, the band has released its newest single 'Light Me Up,' with BC-based artist Sanjay Saran (Delhi 2 Dublin) which will be part of their upcoming EP “Triquetra”, set to release in 2022.

"Not only are the Steadies professional and a pleasure to work with, more importantly the band is first class and deserve more opportunities to spread their infectious good vibe sound to a larger and diverse audience." 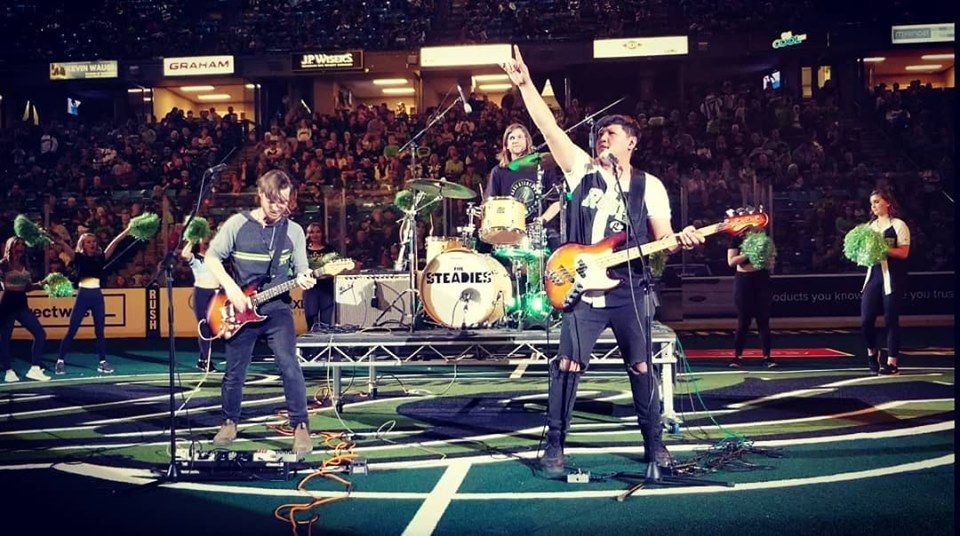